Attribution Bias: Why it's your fault but not mine 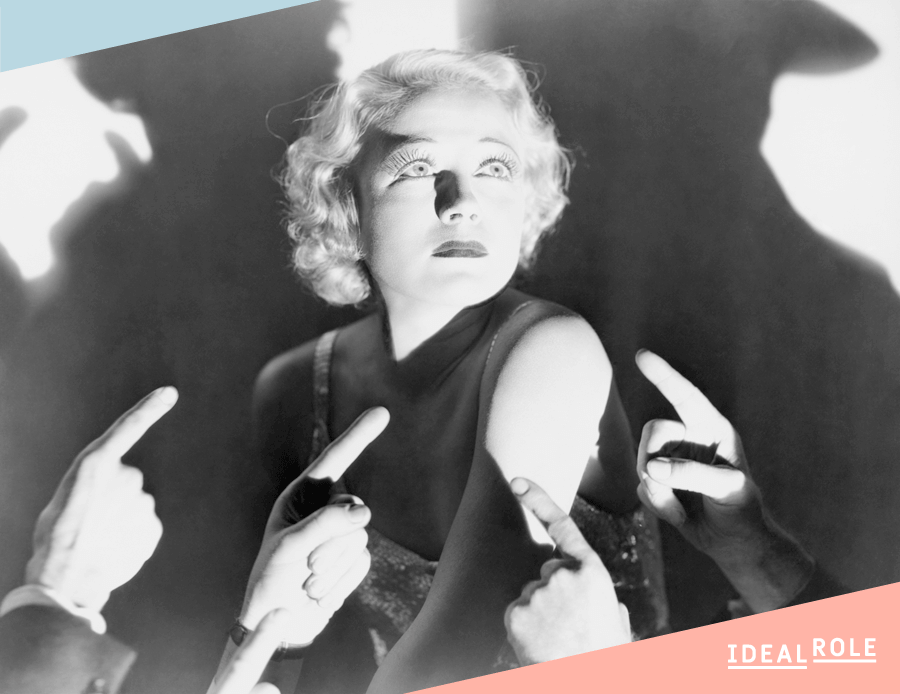 It’s in our nature to jump to conclusions, particularly when something goes wrong.  I find myself inadvertently doing it all the time.

The other week I was putting away the dishes.  As I picked up a pot to put it away, a plate slipped from the rack and fell to the floor.  After a moment of melodrama, I got out the dustpan and brush to sweep up the shards of porcelain.

But I hesitated.  Was this really my fault?  Surely I was a victim of circumstance.  The dishrack was rather full.  It seemed inevitable the plate would fall.  I was just the sucker there when it did.  In which case the cause was the way my wife packed the dishes in the rack.  Why was she so careless?

Instinctively I had resorted to attribution bias.  Despite being the one that knocked the plate, I blamed how the dishes were stacked rather than my actions.  Furthermore, in blaming my wife, I didn’t put it down to the rack being too small, but rather her being careless, which she is not.

Attribution bias is pervasive and hard to avoid.  However, by being aware of the different forms it can take, and not jumping to conclusions, you can avoid the worst of it.  It’s also amazing what difference a moment can make.  After stopping to think things through, I realised my error and cleaned up my mess.

In the sections below, I’ll cover each type of attribution bias you may encounter and provide examples to help put them in context.

One of the main ways we misread situations is confusing why other people act the way they do.  We tend to believe that people’s behaviour is due to who they are rather than a result of their situation.

For example, let’s say you have a colleague, Megan, who is raising money for breast cancer by running in the London marathon.  To commit to running a marathon, and raising money for such a good cause, we conclude Megan must be generous.

Another aspect of the fundamental attribution error is that we treat ourselves differently.  We intimately know our motivations and can better appreciate how external factors impact our behaviour.  Therefore, while Megan would agree her fundraising is generous, she may also acknowledge that she’s motivated by a desire to get fit and not attribute it wholly to her good nature.

The actor-observer difference reflects our tendency to give greater weight to personal, rather than situational explanations of other people’s behaviour.  As with the fundamental attribution error, we also are more likely to consider the situational context in our actions.

If you drive, at some point you’ve been cut off.  A typical response is to question the other driver's intelligence and ability to drive.  Likely in colourful language.  They were personally responsible for their negligence.

I’m also sure that at one point you’ve cut someone else off.  Although, you couldn’t avoid it.  There was a clear reason why you did it.  Maybe the signs weren’t clear, or you were running late.  Whatever the reason, we gave ourselves leeway due to our situation.

An explanation for the actor-observer difference is that we intimately know our behaviour and how it varies across situations.  We have limited memories of other people, and we, therefore, assume their behaviour is more consistent than our own.  However, the better we know someone, the less likely we are to fall victim to actor-observer bias.

The actor-observer difference leads to a related trait, ascription bias.  We are more likely to caricature other people’s behaviour as reflecting who they are.  Conversely, we view ourselves as more nuanced, and socially flexible.

Like many people, I am concerned with plastic waste.  Particularly single-use plastic.  One action I have taken to limit my impact is to carry a reusable bag.

With the introduction of a charge for plastic bags in the UK, I am not alone.  It is a common site at the checkouts to see people packing their groceries into the bags they brought to the store.  Occasionally, I’ll see someone putting items into a disposable store bag.  And I judge them.  I consider them careless.  A reckless danger to the natural world.  I hold them personally accountable.

I have also been at the store buying wine and chocolate for a dinner party at a friend’s house without my bag.  When I asked the clerk for one, I could easily justify it to myself.  I rarely buy disposable bags.  Besides, had I taken my reusable bag I’d likely have left it at my friend’s house.

How can I be so hypocritical?  Unfortunately, it’s very easy.  While we are aware of our situation and motivations, when we watch others we tend to spontaneously make personal attributions for their behaviour.  They come up without any effort, and with minimal information.  Often before we even consider situational factors.

A reason for this is that it takes more effort to assess and process all the relevant factors that may be affecting a person’s conduct.  There are almost infinite possibilities.  In most cases, we don’t have enough information to know what is really happening.  It’s easier to explain the other person’s behaviour as the cause.

Given the extra effort to consider situational context, we are more likely to make attributional errors when we are tired, distracted, or busy doing other things.

We all want to be unique and receive recognition.  So much so that we are prone to self-serving bias, where we attribute success to ourselves, and our failures to others and the situation.

During your education, you inevitably had to complete many exams.  When you received a good mark, I’m guessing you put it down to your brilliance.  After all, you're intelligent and you studied, so you earned it.

But what did you blame when things didn’t go so well?  Was it due to procrastination and generally not wanting to study?  Or was it a difficult exam that everyone struggled with or some other factor beyond your control?

The self-serving bias also links back to the actor-observer difference, in that we are unlikely to be as generous in our attributions for other people’s successes and failures.  When we make attributions, we are not only interested in causality, but also responsibility.  We want to know why something happened and who is to blame.

An inherent problem with group-serving bias is that it can equally and oppositely affect two opposing groups.

Consider a football match that is deadlocked at nil all.  It’s the 87th minute, and a draw seems the likely outcome from a tense encounter.  Then, on a break, the away team crosses into the box, and the forward goes down.  There appeared to be little contact from the defender, but the referee points to the spot.

The crowd erupts.  The home fans are furious.  There wasn’t any contact.  If anything, it should have been a card for diving.  The away fans are ecstatic.  There was definite contact and a deserved penalty.  Although both groups witnessed the same event, due to group-serving bias, each interprets it differently.  Consequently, a consensus would be impossible to achieve.

Another aspect of group attribution error is a tendency to make generalisations about a group based on observations of a small number of members.  This tendency is so strong that a study found it to occur even when the subjects knew the individual was not typical of the group.

Similarly, we tend to assume that all individuals within a group share the same behaviours, attitudes and beliefs.  In reality, this is rarely the case.  For the most part, American politics is divisive.  Ideologically both parties appear irrevocably opposed.

However, despite these group differences, there are likely to be members of both parties that share views on specific issues.  Failing to recognise differences within groups can result in lost opportunities for finding common ground and building important alliances.

The just world hypothesis is a tendency to make attributions based on the belief that the world is fundamentally just.  Put simply; people get what’s coming to them.

The just world hypothesis can have positive and negative aspects.  In a positive sense, it can be uplifting to believe the world is fair.  That we’ll get back what we put in.  Conversely, people may feel that good things happen to good people, and bad things happen to bad people.

The negative aspect of the just world hypothesis can lead to victim-blaming.  If we assume that a person is in a difficult situation due to their nature, we end up blaming them for their problems.  Alternatively, we believe people of high-status must be more competent to merit their social standing.  Not the beneficiaries of elite educations or inherited networks and wealth.

Take Pause and Be Generous

Attribution bias affects us all.  It’s spontaneous and often self-serving.  A way of explaining away our shortcomings by blaming our situation.  However, it can also lead us to judge others.  To mistakenly attribute their behaviour to their personality, rather than their circumstance.

This article used the Principles of Social Psychology, which is an excellent resource if you’d like to learn more about the subject and the underlying research.